I recently discovered the Photoshop Express app on my iPad mini and my Nokia Lumia 1020 (using Windows Phone 8.1). It’s like getting a shiny new cover for my toys!!

Here’s the original image of one of my fav pics..

…and a couple of my fav filtered versions. Can’t decide which one I like the best!!! 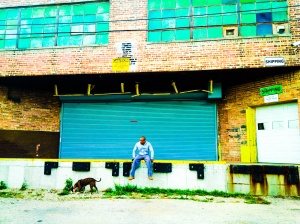 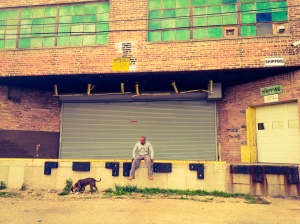 Between leading tours at this crazy work conference all week and riding the rides all night at Disney, my FitBit is getting a workout! Check out my Wednesday stats….

We joke at work about how our parents can never remember what type of engineering we specialize in (or even that we’re engineers in some cases). As an architectural engineer (focused on Mechanical Building Systems), most people don’t get past the first word. I’m regularly introduced as an architect, which used to bother me but now I just nod and smile with strangers or people who I know could care less… unless I have the energy to give further clarification. A common question I get after telling people what I majored in is “what is an architectural engineer?”

The easiest way for me to describe a Mechanical Engineer with an Architectural Engineering (AE) background, is to say I work on the comfort systems for a building – such as heating, ventilation, air conditioning, plumbing… the systems that make being inside more bearable. Other AE’s may work with structural systems (holding the building up), electrical (power and lighting systems) or even construction management.

END_OF_DOCUMENT_TOKEN_TO_BE_REPLACED

After a stressful week of hard core searching, I finally give up. R.I.P. to my beloved Fitbit Force. I am grieving. And thanks to the recall of only 1% of customers affected, I can’t replace it since there are none available in the stores. There is absolutely no motivation to take the stairs anymore. Even more so, I’m mad about all the steps I’ll be missing as I train for the 3-day 60 Mile walk in August!!

Technology brings everyone on the road with you…

I love that even Roxie appreciates a little FaceTime moment when I have to travel!

I recently moved to a new apartment and despite the new amenities featured in my new place there was one major loss in the transition – ATT U-verse. The new spot is wired for Comcast, not for U-verse, which really sucks. U-verse is 2xs a better deal than Comcast when it comes to cable TV and all the nickle-and-dime things Comcast requires just to have a halfway decent experience. After 3 weeks of giving Comcast another try I packed everything up, returned it to the service center and decided to revamp my “entertainment center” (I use the term “center” term very loosely).

I decided to go with a combination of Wii-Hulu-Netflix (which I already subscribed to and love)-Redbox-Antenna. Here’s what i have learned so far…

Wii – My Wii is getting more use in the first week of January than it did in 2012 as a while. This was the best (and probably the only) gift my brother got me as an adult!

HuluPlus – Hulu is nice. I used to watch the free shows online a lot years ago and hadn’t been doing so as much. Now, without cable, this is a great way to watch some of my favorite TV shows on the larger screen – Scandal, Tonight Show, etc…
Pros: Watching shows and series on TV and on computer
Cons: Selections are limited; Movie selections are questionable at best; Did not work well with Wii via wifi (skipped a lot)

Netflix – The current love of my life!! I watched all four seasons of both Mad Men and Breaking Bad and a host of great B-list movies, documentaries and even some more current films via Netflix. Works seamless on the Wii and I also use the app on my laptop, iPad and Windows phone.
Pros: Watching shows and series on TV and computer; App works seamless across my technology
Cons: Movies and shows are not the most current – have to wait for Season 5 to come out

Redbox – There is a Redbox kiosk in my office building, my grocery store, my neighborhood gas station…. they are everywhere. Very convenient for that moment when you’re leaving work and decide a movie would be a great way to end the evening.
Pros: Inexpensive, especially if you forget to return for a day; Lots of options, including new movies
Cons: Can’t forget to return or it racks up

Antenna – I purchased an antenna from best Buy only to realize that my TV was pre-digital transition, so I also ordered a digital converter from Amazon… waiting for that to ship and arrive. In the meantime, I can pick up about 5 channels on the antenna – weather, two Christian channels and only one that comes in clear with old TV shows like Knight Rider.
No Pros and Cons until I get the digital converter I ordered.

Upfront costs – buying a new TV wasn’t an option, so I worked with what I had and bought the following accessories to enhance my experience (should have been more patient and checked for price matches or just used Amazon because clearly I overpaid for each one in Best Buy):

All in all, so far things have been good!!!

Pros: Saving plenty of money each month on cable. With the bundle I’m saving $40/month now, after my bundle would have expired the savings are more like $60/month (not including upgraded channel selection or premium channels).
Cons: No sports! Which is ok for me – luckily I have friends, or 2 cool neighborhood bars within walking distance or I can watch online

Considering the switch?? HuluPlus has a 2 week FREE trial offer if you sign up through my referral code!
http://hulu.com/r/zLTOSg

I absolutely LOVE free wi-fi deals around the holidays so this is very cool for me, especially since part of my holiday will be spent in an airport! Last year, Google made a similar (but even better) offer for free wi-fi that included in-flight connections. on AirTran, Delta and Virgin American. That was the greatest! 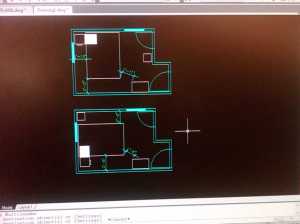 So I finally settled on a new bed! Its gets delivered soon and I have to decide where to put it beforehand, since I’m not strong enough to move it afterwards… What better way than using a bit of AutoCAD to draft a quick layout and see what option has the best flow for my furniture??

So we’re down to the final week!! A year ago I began studying for the Principles and Practice in Engineering exam… affectionately (or not) referred to as the PE Exam. While the passing rates can be a bit intimidating (see them here), I have remained positive and strong. Now, its less than a week to the big day! I am dealing with a mixture of anxiety, excitement, nervousness and an overall anticipation of my former social life which officially returns once this exam is over!

I’ve been slow on the posts because all I do is study, study, study (and eat, of course). I’ve had a few moments of retail therapy to carry me through this extended time, but now I’m just focusing on not just taking, but PASSING this test!!

So, if you’re reading this, please wish me luck and say a prayer for me! Here goes nothing!!!